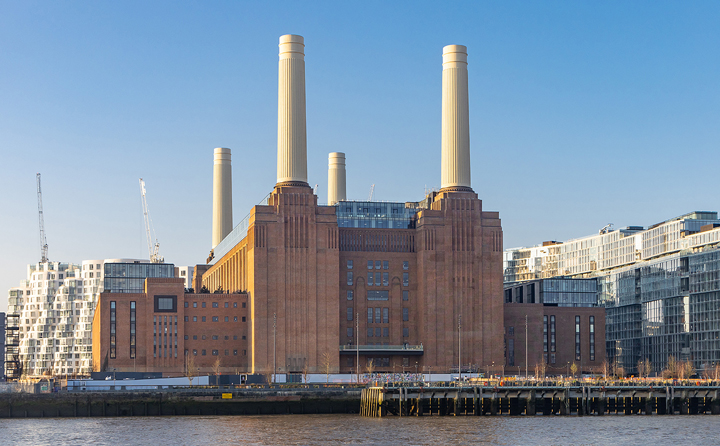 For 40 years, Battersea Power Station lay empty and increasingly derelict, an embarrassing eyesore on the bank of the Thames. Yet at no point during that time did Londoners lose hope that this iconic building, designed by Giles Gilbert Scott in the 1920s and memorably featured on the cover of the Pink Floyd album Animals, could be brought back to life in some capacity. It has been a long wait, with many false starts. But this week, Londoners got their wish when the building opened to the public for the first time, reborn as a vast retail, leisure and housing complex.

The four towers have been painstakingly restored, with a lift up one to a glass platform offering panoramic views over London. The turbine halls, from which a fifth of London’s electricity used to be generated before the power station was shut down in 1983, have been transformed into a large shopping mall, and the upper floors contain offices including Apple’s new London headquarters. The old control rooms have been immaculately restored. There are new public spaces and a new tube station to bring people to enjoy them. An area of London that was for decades off limits to the public now looks destined to become one the capital’s most exciting destinations for locals and tourists alike for years to come.

Britain has a rich industrial architectural heritage. Many buildings around the country have been similarly restored and imaginatively put to new uses. Warehouses have been turned into urban loft apartments, former factories into offices, and another power station further down the Thames became the magnificent Tate Modern art gallery. But there has never been a project on the scale of Battersea Power Station, which cost its Malaysian-led investors £9 billion. Londoners in particular should applaud them.